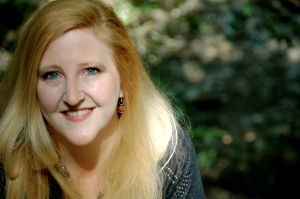 My guest today is author Tracy Higley who is a writer who loves exotic settings for her stories and the opportunities to research those! Here’s Tracy:

Traveling to research my novels has been terrific fun!

I’ve been to Greece, Israel, Turkey, Jordan, Italy, and Egypt (some of them several times), in hot pursuit of adventure. Here’s my adventures in Cairo.

One of my favorite memories is of a long night in Cairo.

My husband and I took the
subway to visit an American family living outside the city. After a lovely evening we boarded the subway at about midnight and took it to the last stop, deep in Cairo. From there we tried to flag a bus to our hotel. (In Egypt the “buses” are just vans that fly by. You step out and wave to get them to stop, then ask if they’re going where you want to go.) Many buses later, we still hadn’t found the right one.

An Egyptian woman took pity on us

and explained in broken English that we needed to take a bus to another location to catch the one we wanted. She kindly traveled with us and flagged down the correct bus at the next stop.

My husband jumped into the van, already jammed with Egyptian men, and then another man hopped in behind him, leaving no seats for me. They started to slide the door closed and leave without me! The woman who had been helping us yelled and beat on the van door until they stopped and the last man gave me his seat. He wasn’t about to wait, however, and instead got into the van after me and stood hanging over me while we took off.

Several minutes later it occurred to me that I was

in a van packed with about fifteen Egyptian men, none of whom seemed to speak English, driving through the slums of Cairo, in the middle of the night, with no idea if I was actually on the right bus or not. I’ll admit, the thought “I’m going to die in Cairo” crossed my mind!

But awhile later we saw a street we recognized and did some of our own yelling. (“Hilton! Hilton!) The bus screeched to a stop on the highway, slid its doors open and tossed us out. We high-fived each other in the parking lot, somewhat astonished that we had made it! 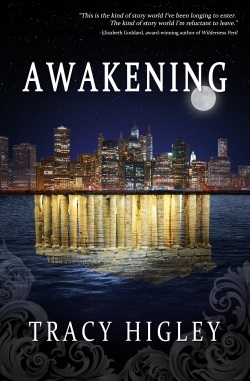 In my new book

That night was only one of my adventures in Egypt, but in my new book, Awakening, the main character, Kallie, has even better adventures than mine! Seven years ago she woke in a New York City museum – badly injured and with no memory of her past.

Now she’s fought to become an expert in Greek culture, but hallucinations and lost moments of time have her questioning her sanity. Against her therapist’s advice, Kallie agrees to join a wealthy philanthropist’s quest for a lost artifact, and as the two follow clues across the globe, from the hot sands of Egypt to the romantic floating city of Venice, their business partnership becomes much more. But the mission has turned deadly and Kallie’s journaling is revealing a story that might be better left untold.”–Tracy

Tracy is much more adventurous than I am and her book sounds amazing.

QUESTION: Have you ever had an experience on one or your trips?