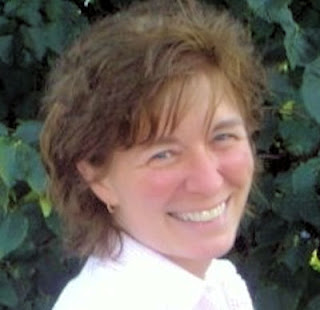 My guest today is Ruth Logan Herne, a debut Love Inspired author, who is pretty happy. And her title is definitely TIMELY! Here’s Ruth:

“As a child interventionist for a local school district, I spent nine years dealing with children’s anger issues, anger whose roots began in a small child and mushroomed into acting out behaviors by the time they reached me in middle school. But what happens to those children who don’t act out? I wondered. The ones who suck it up, put their chin in the air, and quietly survive? Who’s there to help them? 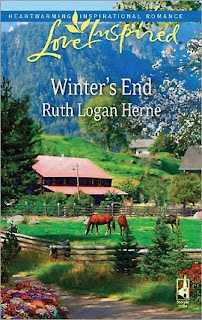 And so began the structuring of Kayla Dougherty, the heroine of Winter’s End, my 4 ½ Star debut novel about a hospice nurse who deals with life and death by facing both head on. All I knew when I started this book was that Kayla had faced her Rubicon successfully but carried residual clutter from her dysfunctional setting, a ripped and torn childhood.

For Kayla, a new believer who can’t quite accept that God’s grace really, truly means her, facing the hero’s antagonism and anxiety is a drain. As she recognizes the depths of his personal losses, she realizes there is no hope, no chance for them and broken families are the grillwork of her past, not stepping stones to the future. Kayla wants the fairy tale, the happy ending, and she’s willing to step aside to prevent ruining that for anyone else, even the man she loves.

Yesterday’s child has grown into today’s woman. The child of the streets became the woman who longs for normalcy and strength, victimized, yet refusing to be a victim, a professional in her own right, clinging to an image of savvy success.

While life has sharpened and honed the well-dressed nurse, faith has softened the sassy woman within, offering her a chance to embrace a life she hadn’t dared hope for. A husband. A home. A family of faith, where warmth embraces the coldest winter days.”

Thanks, Ruth. And for more about Ruth and her books, here you go!–Lyn