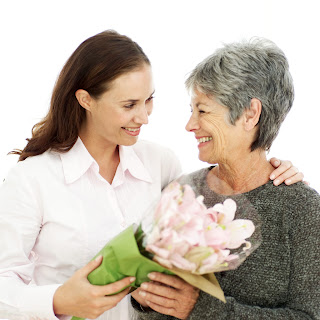 Throughout this month, I have been touched by the stories from readers about the strong women in their lives. Today, Edna T shares about her mother.
Here’s Edna T:

“The woman that I respect the most was my Mama. She was born 1898 and lost her mom when she was four at the birth of her sister. Her dad let some of the relatives raise the sister but mom had to stay and do work that any 4 year old should never have to do. Then her dad remarried and the step-mother was not good to her, but she survived and became a very good person.

She married my dad when she was 20 and started having babies, she had 10 in all with one set of twins, I came late when mom was 45, so I am the baby of the family. My Mom always gardened, and did all the things what a woman of that time era had to do. She had no running water, no electricity etc, until later on. My Dad died with cancer when I was 8 in 1951 leaving Mama with 4 kids to finish raising. My brother next to me was 7 years older than I, then another brother and an older sister.

We all four were the youngest of the tribe. Mom washed clothes with her hands for people and ironed, she finally got a winger type washer but had to draw water from a well and you can be we lazy kids didn’t do anything that we could get out of. She sewed. made cakes and did anything she could to get enough to feed us and keep me in school.

That was my choice not hers as she had only a 4th grade education. I was the only one out of the 10 that graduated HS and I did it on time, that was because I loved to read and the school library was the only place for me to get book, I read a book a night.

She became a Christian late in life after I married and boy was she a Christian, when she lived with me she would pray every night and we could hear her in her bed talking to God. Thank the Heavenly Father He got a good one in her. She never had a bad word to say about anyone even before she got saved, she was just a very loved SOUTHERN LADY, but her Dad was a full blooded German.

My mom fell the night my oldest son was graduating from HS, in 1980 and never recovered from it. She had already had to start living among us kids as she could not take care of herself. She passed away in June and was buried on Father’s Day. And even after 29 years, I miss her so much and even talk to her sometimes, wishing she could see my grandbabies.”

As I always say, “Every woman has a story. Shares yours.”–Lyn 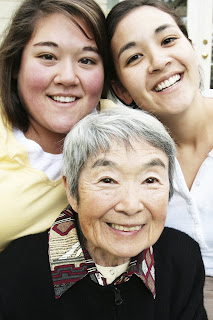