So here is La Belle Christiane‘s cover. I purchased the photo from Getty Images and then hired a cover artist, Kimberly Van Meter, to make it into a book cover. 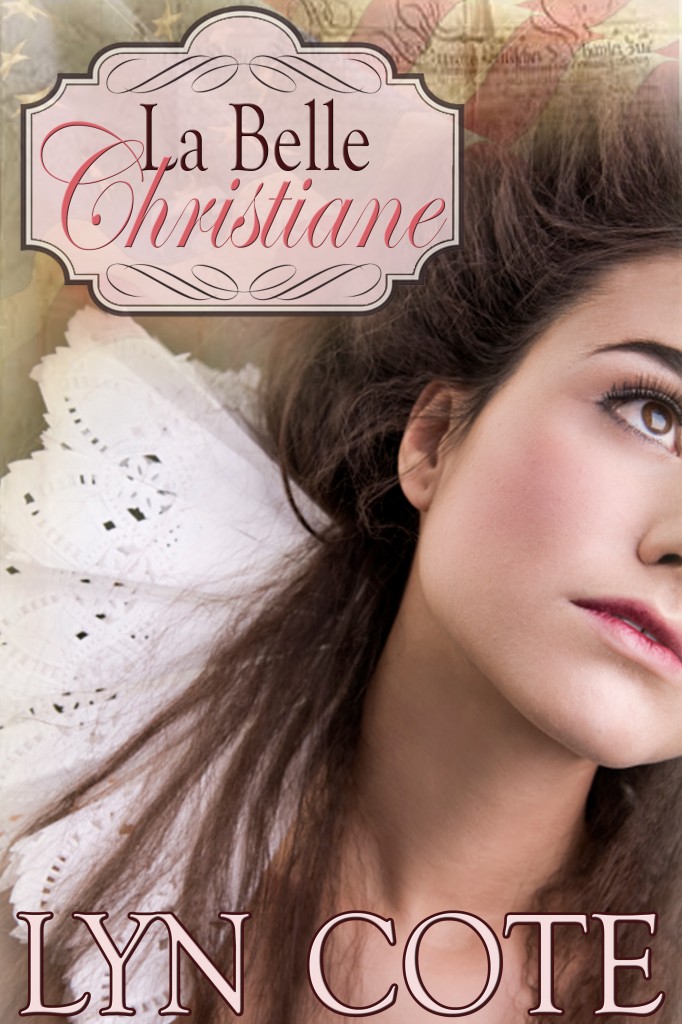 And here’s the back cover blurb:

“In the tradition of Gone With The Wind, a sweeping saga of a beautiful woman caught in a revolutionary time of drastic change and loss…

In the early 1770’s, Christiane Pelletier, an extraordinarily beautiful young woman, is next in a line of courtesans who have been favorites at the French court during the reigns of two monarchs. Yet she longs to be the beloved wife of one man, not a lovely piece of human art passed from one noble to another. And the winds of change are sweeping Europe.

After her mother’s violent murder, Christiane flees France with her renegade father. In the Canadian wilderness, she survives the shock of leaving a life of wealth and privilege. To escape frontier violence, she moves southward only to become involved in the burgeoning American Revolution. Daughter of a French courtesan to frontier wife to companion of Lady Washington, Christiane moves into the heart of the American rebel elite. But one man in her life can never be forgotten. Once he was her friend. Now he has become her enemy. Will he become her destiny? Only God knows.”

What do you think? Would that pique your interest? And what did you think of my cover?–Lyn