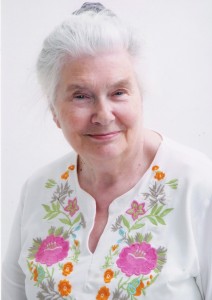 I’m delighted to welcome British mystery author Veronica Helely who is going to tell us the story of a modern Ruth and share about her latest mystery. Here’s Veronica:

“Hard times in a northern country meant that a new family moved down to live in Ruth’s village and began to learn the language and the local customs. The young people were only too pleased to help the two young men in the family – within the limits of what was right and proper, of course. The newcomers soon found work and in due course Ruth and one of her friends were delighted to be chosen as the young men’s wives.

An added bonus was that their new mother-in-law was the most delightful company. She brought with her much native wisdom and folk lore from her  homeland and the love of her caring God shone through in all her dealings. Soon, no doubt, Ruth and her friend would have children, and the family would be properly absorbed into the village.

Month after month passed and Ruth was distressed to find she still had not conceived. At first she feared her husband might reject her as barren and return her to her family, but as the years went by and neither she nor her friend became pregnant, they lost hope that they would ever have children.

Tragedy struck after ten years. First their father-in-law died, and then his two sons. Their mother-in-law was distraught. Bereft of husband and sons, she decided to return to her own village. Ruth and her sister-in-law both wanted to go with her, but in the end it was only Ruth who made the journey. And there in Bethlehem she found a new life, a second husband and bore a son – a grandson at last for Naomi.

Being unable to conceive can be a great sorrow for a woman. Nowadays some are helped with medical techniques, but some have to accept that they will never bear a child. My mystery heroine Ellie Quicke had a series of miscarriages after the birth of her daughter Diana. These sapped her strength at the time but gave her an understanding of sorrow, and an empathy with those who suffer. Perhaps she would never have gone out of her way to help youngsters in trouble, if it had not been for the miscarriages which had seemed so devastating at the time. 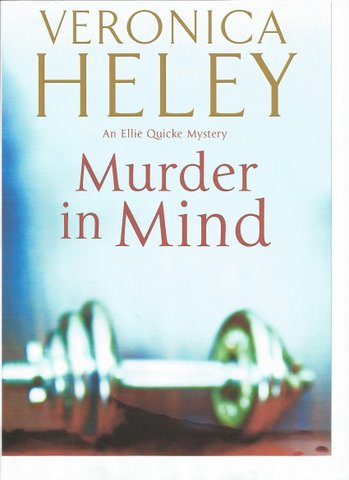 MURDER IN MIND finds her reaching out to rescue two young members of a family at risk, not to mention taking in the difficult son of a single parent family. I dread to think what would have happened to all three, if she had not made her heart large enough to take them in. What she learned through her own losses helped to make her the strong, sympathetic woman we know and love.

A touching connection between the past and present, Veronica. And it’s so true–our most trying experiences form us into the people we are–for better or worse. Some use their sad experiences to tear down others while many use them to help and encourage others. James says in his book, “Count it all joy when you fall into all kinds of trials.” (Lyn’s paraphrase) I haven’t gotten as far as counting it as a joy, but I can see how God has used my hardest times for my good and for the good of others. Do any of you want to relate what trials have helped you help others?–:Lyn