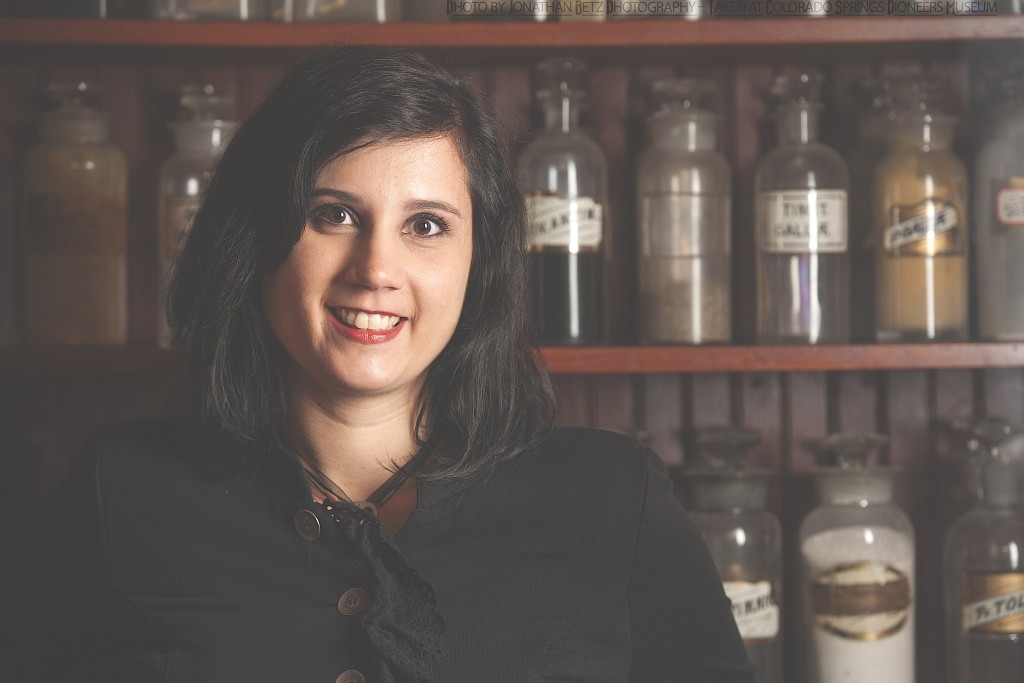 My guest today is debut author Evangeline Denmark. She has written an intriguing fantasy. Here’s Evangeline about her heroine Grey.

Grey Haward, the heroine of my young adult steampunk fantasy CURIO, stumbles into surprising physical strength one night when her best friend is taken prisoner. Caught off guard by her own fury and the power coursing through her veins, Grey defies the evil Chemist Council that rules her town and sets in motion events that will change not one world but two.

On the run from the council, Grey finds refuge in a strange land inside an enchanted curio cabinet. Although she lands in a posh estate under the care of beautiful and attentive porcelain people, she soon learns Curio City is far more dangerous than it first appears. As she struggles to navigate a brewing revolution and escape the reach of an obsessed ruler, Grey desperately needs to access the mysterious strength that rose when she stood up for her friend, but how can she count on something she can’t begin to explain?

In crafting Grey I wanted to avoid the stereotypical strong female character who always responds with pluck or a kick-butt attitude. Sure I wanted Grey to have those characteristics, but we humans don’t always respond the same way and neither should a fictional character. Grey doesn’t know what she’s capable of. She doesn’t know who she is or what her role is in the circumstances thrust upon her. She is vulnerable at times and protective at times. She has to trust others more than she’d like and she has to learn to trust herself.

Perhaps the hardest lesson Grey must learn is that her personal well of strength is connected to her sense of justice. Responding to the mistreatment of others with outrage and determination comes naturally to her, but standing up for herself is a bit more complicated.

There’s a certain scene in Curio that was extremely hard to write. I wanted to skip the terrifying vulnerability and get to the butt-kicking. I wanted Grey OUT of that situation, but I felt a responsibility to show the struggle, to acknowledge the pain and not gloss over it. Because brokenness and strength often arrive simultaneously, whether we know it or not. It’s not a matter of choosing one or the other, but acknowledging both as part of who we are.”–Evangeline 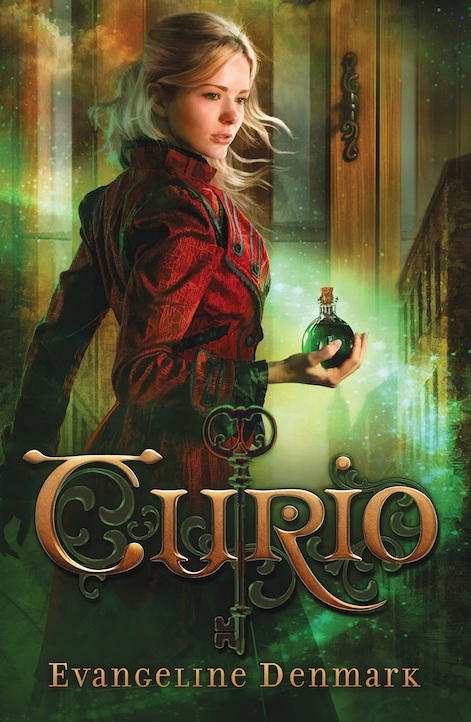 Blurb Curio is the story of Grey Haward’s struggles to keep her friends and family safe from their totalitarian government while she’s at home, and from afar. After her friend Whit is taken by a patrol for breaking curfew, Grey is willing to give him her ration of the potion that allows citizens to digest their food, believing she is like her grandfather and father, who don’t need the potion. After being accused of ration dealing, Grey is on the run and becomes trapped in Curio City with the upper-class “Porcies” and ragged, lower-class clockwork people. She is befriended by another trapped human, Blaise, and they must escape together, or the porcelain Lord Blueboy will try to take her power of being unbreakable by force. Grey needs to return to her own world before her friends and family lose their lives.

Evangeline, thanks so much for telling us about your heroine Grey. I BOLDED THE PARAGRAPH ABOUT BROKENESS AND STRENGTH. EXCELLENT!

I haven’t read steampunk but I enjoy fantasy very much. I wish you the best in your new series!

QUESTION: Do you know what a steampunk novel is?–Lyn