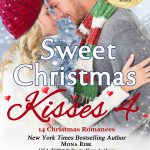 Once again I’m bringing back a great blog from the past. Author Pamela Tracy was my guest in January 2009 and here’s Pamela!

Only this one is special.

It’s not about me.

It’s not about my books.

Today, I’m writing about my friend Sandra Lagesse. Sandra is a white-haired lady who I first more than a decade ago. I met her because of carpooling. See, I’m blessed to live in an area that has not one but two Romance Writers of America groups. There’s one in Glendale, where I used to live, and there’s one in Tempe, which is close to where I live now. When I first met Sandra, there was a carpooling group that would travel from Glendale to Tempe.

One evening, it wound up just Sandra and me. I didn’t know much about Sandra back then. I learned fast!

At that time, I was a thirty-something who drove way too fast and talked was too much. I was an elementary school teacher who didn’t make enough to live on. It was while we were driving home from the meeting that our friendship was sealed. See, I was busy talking way too much, and she was listening. We got on the subject of politics. At the time, Rose Moffort was in office. The puppet Madam was also enjoying a lot of exposure. I mentioned that I thought the governor and the puppet looked alike.

After Sandra stopped laughing, she reached in her purse and pulled out some pictures. Yup, Sandra’s maiden name was Moffort. Yup, she was related to Rose.

After I took my foot out of my mouth, we became great friends, the kind of friends that last.

The fact that Sandy’s father was married to a governor is not what makes Sandy great. Sandy is what makes Sandy great. See, Sandy is a writer. She’ll tell you the irony is that. She’s very dyslexic. Because of her dyslexia, she struggled in school – only in reading. Here’s proof. My book, Daddy for Keeps, has a banker hero. Guess where I got my information. Sandy. This dyslexic child grew up to be a banker. And, although she’s retired now, she’s on many a board (mostly for historic markers) and she acts as an advisor.

Another thing that makes Sandy a hero is the love she and her late husband shared. Most of her friends really don’t know her late husband’s name. See, he was known by all of us as Honey. That’s right. She called her husband ‘honey’ so much that pretty soon he became Honey. Honey was a retired fireman. He didn’t want to retire, but he had polio. When I met Sandy, he was pretty much homebound, but not quite. Sandy’s day was get him up, take him to the gym (See, he was a great man and tried not to let his sickness get the best of him), take him to the doctor, and maybe they went out to lunch. You get the idea… The last few years of his life, he was completely homebound. And so was Sandy.

Earlier, we talked about Sandy becoming a banker. Well, Sandy is also a budding romance writer. She’s a lot like Honey. She’s not going to let something like dyslexia stop her. She’s taken no short cuts. She reads, she writes, she critiques… and Sandy a writing outlet that no one else but she could fill. Sandy writes a history column for a local paper. From her childhood – think Governor Rose Moffort, a father who was a lawman while Arizona was a young state, and from her Godmother a rancher who helped build a cabin from scratch – Sandy knows the history of Arizona. Marshall Tucker move over!

I am in awe of all Sandy knows and does.

And the best that she does is friendship.”–Pamela

Pamela Tracy is a writer and teacher in Scottsdale, Arizona, where she lives with her husband and son. She’s published many writings in suspense, romantic comedy, and Christian inspiration romance.

Thanks a lot, Pamela!

Click the cover to pre-order her latest book, out Nov 1st!–Lyn