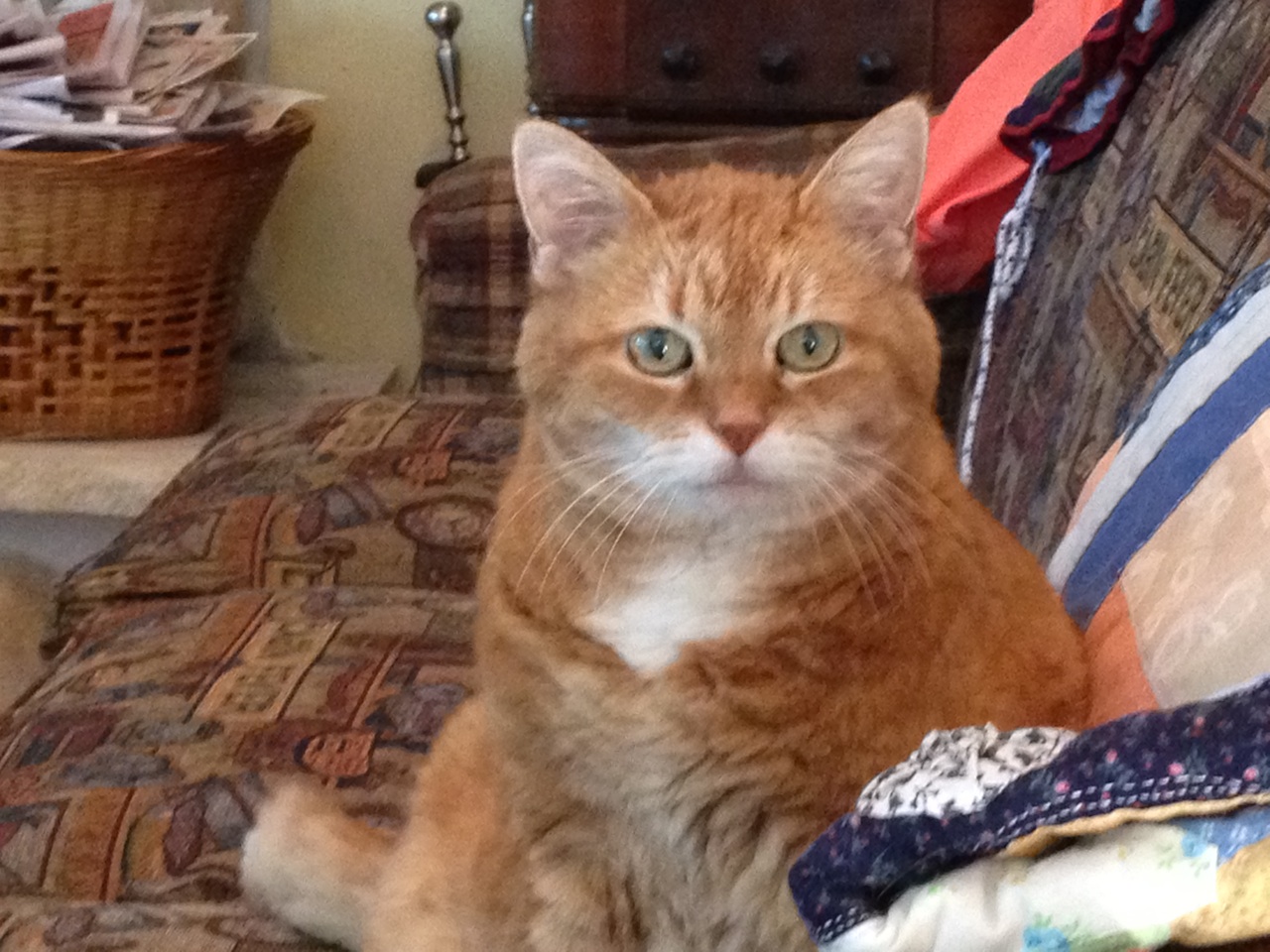 I don’t usually share much about my life, but I wanted to share Mutzie with you. We lost our cat Mutzie in January. He would have been 18 this year. We inherited Mutzie when my mother in law passed away in 2009. The name Mutzie is “Kitty” in Slovenian. My dh’s grandmother immigrated from that area in 1913, a good year to leave middle Europe (WWI broke out in 1914 nearby Serbia with the assassination of the Archduke Ferdinand.)

It was a shock to Mutzie to move to another state and a house with 3 cats already in residence. He hadn’t seen another cat since he was a kitten. But he made the transition and came to enjoy the fun of having company.

It’s hard to say good bye to our little furry friends. And even a strong woman cries over loss–even the loss of a cat who greeted her every morning with loud cries for BREAKFAST. (He was my only talking cat.) He also created a game in the evenings where he would wait in front of my chair and leap in it just before I’d get close enough to sit down. HILARIOUS.

Mutzie was only with us for just over four years but he brought us many laughs. I often say to my dh–”What would we laugh about if we didn’t have our cats?”

I love dogs too but right now I don’t have the energy that dogs need. Cats are less demanding pets and fit into our lifestyle. But I would dearly love a pooch.

Here are photos of our remaining three cats. 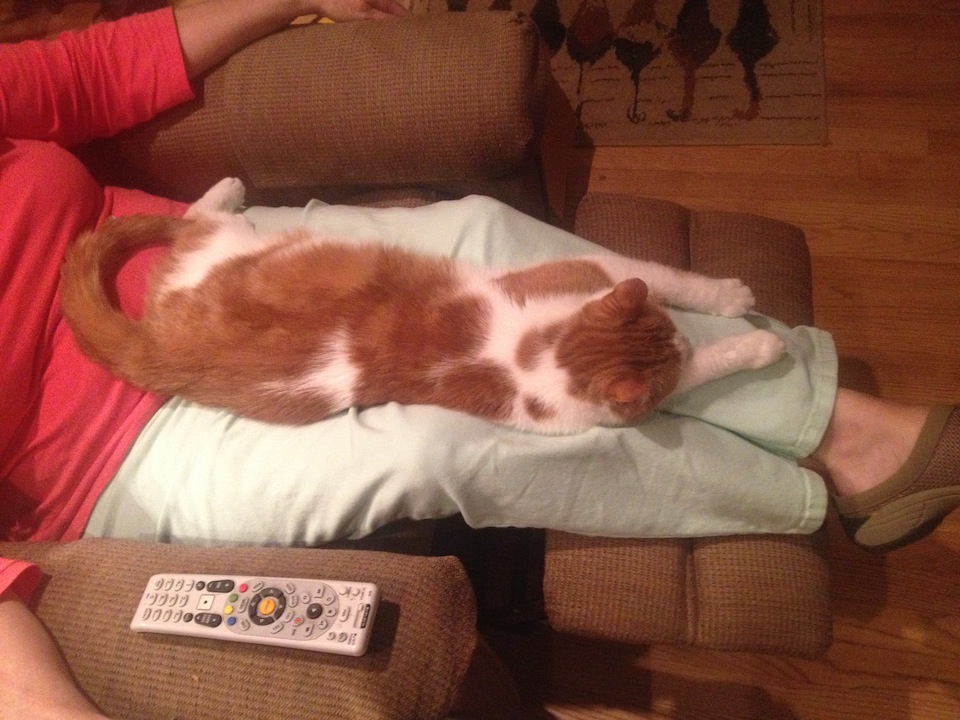 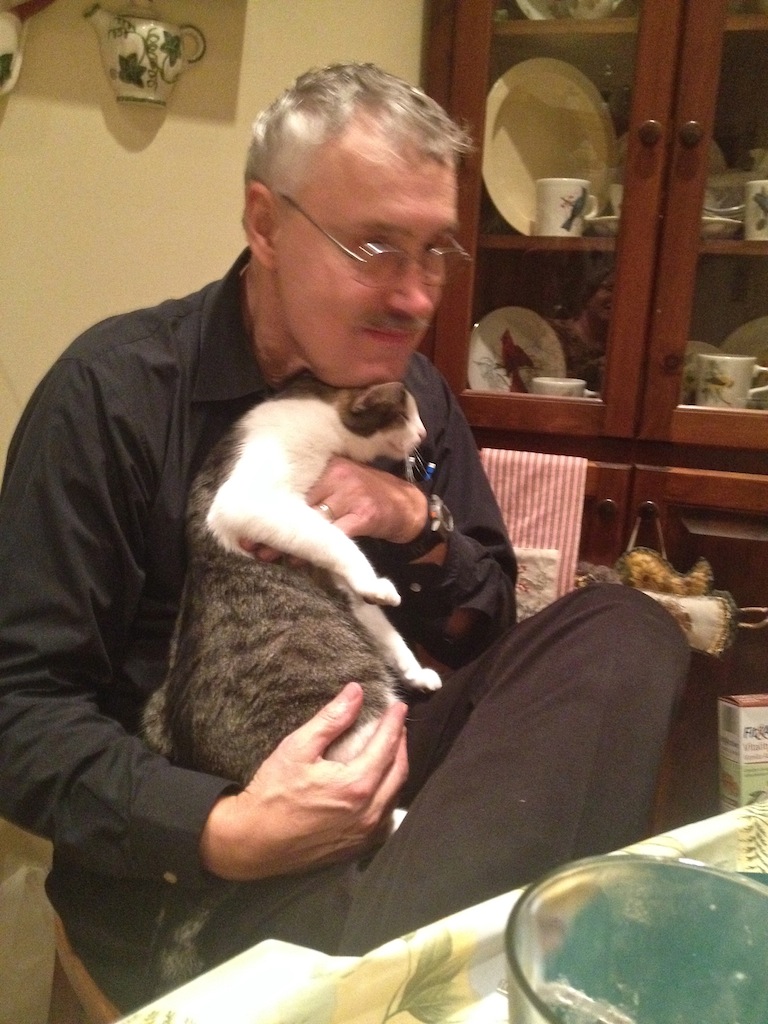 This is my gran-kitty, Trickster who loves grandpa’s stubbly chin!

We have one more cat, Sadie, but she is camera shy, but she is a miniature version of Mutzie. 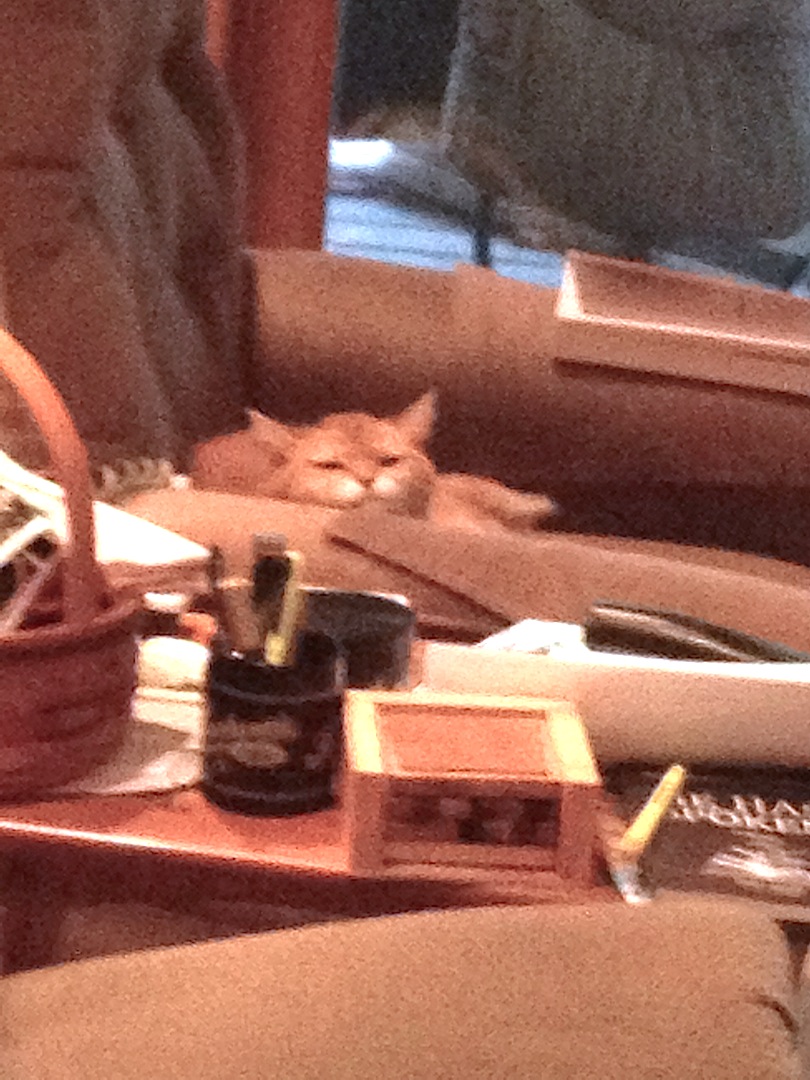 Here’s a photo of Mutzie giving us THE LOOK. So we’ll miss our dear kitty, but we had a good four years with him. He made us smile and sometimes laugh out loud.

So what’s your pet and his/her name? And what’s their cutest trick?–Lyn