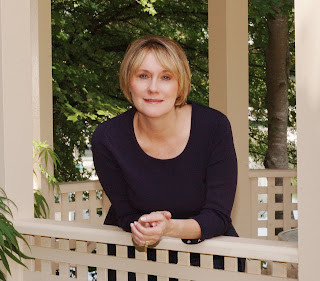 A reader who read the Millwood Hollow series asked me if I thought that America was going to go through another Depression. She also asked me if I thought God would protect his children from disaster if another Great Depression did come. The answer to whether or not we will see another Depression is not one that any of us can know until we’re in its throes. And who’s to say the U.S. hasn’t already entered a new dark chapter. But the second question is clearly answered when placed under the microscope of scripture.

I have to say that I’ve never suffered so much as when I surrendered all to Christ and followed him in full time service. I’ve never known so much disappointment, grief, and, at times, a strong sense of abandonment. While under the weight of loss and failure, there were those who would give us a “word from the Lord,” yet nothing changed. I watched my bank account dwindle and then stood paralyzed as our daughter was lost to eternity following what should have been a little fender bender. So if surrendering your will and your pocketbook to God brings you prosperity and blessings, I must have missed class on that day. One thing was clear, that I had a choice. I could choose to fear and cower or place my confidence in the One who seemed to have abandoned me.

Confidence and fear are two polar opposites. We only have to go as far as the apostle Paul to understand that the riches of faith are tied to earthly trials.

God specifically sent Paul into Philippi knowing that it would be at great cost to Paul, but of rich value to Christ’s higher purposes. Notice that the only “word from the Lord” is one that seemingly sent Paul into disaster. The Spirit of God blocked Paul from going into Asia and Bithynia. He sent Paul a vision of a man inviting him to bring the gospel into Macedonia. Confidence was filling Paul’s heart; but not in whether or not he’d find support to build a flourishing mega-church. His confidence was in trusting God to lead and he obeyed no matter what the cost. What followed would be considered a miserable failure by today’s standards of successful ministries. Paul arrived in Philippi to find only a small group of Jews praying at the city gate. There were not enough of them to form a synagogue. Paul then entered Philippi and wound up in jail.

It’s curious then that there is a book of the Bible called Philippians. Why would a church birthed of a failed leader make it on the blip of Church history in Paul’s epistles?

It is because that even in what should have been Paul’s deepest apology for having humiliated them all by winding up in prison that he pens these famous words from his cell:
”I thank my God in all my remembrance of you, always offering prayer with joy in my every prayer for you all, in view of your participation in the gospel from the first day until now.

For I am confident of this very thing, that He who began a good work in you will perfect it until the day of Christ Jesus.”

Paul continues to shower the Philippian believers with words of great love and affection for them and expressing his yearning to be with them. From a jail cell, he encourages them to pass on the love he has showered on them. Then he explains with great joy how he has shared his faith with the prison guards. He understood fully why God had sent him straight to jail, to show forth God’s love in the midst of disaster.

The events of Paul’s visit launched the church at Philippi. Paul’s confidence was not in the Roman treasury or the affluence of the city. The richness that resonates in Paul’s letter to Philippi comes from the Christ-empowered love that pours out of Paul. His genuine love for them returns to him as joy and that is his strength.

In looking back over our trial, those who we led to Christ and then equipped to serve him are the lives that shine back to us out of our dark season. The love God poured out on us was poured out on those whose path we crossed, and not by accident.

When we understand scripture, it becomes easy to tell the difference in these trying times in knowing what is false and what is true. Our confidence is in Christ and the love he pours through us so that it becomes a shower of love in our community. It returns to us as joy. So any economic downturn is a time for rejoicing as our neighbors can see the contrast in us while we all face the same hurdles. Our response, because of Christ in us, is love poured out on them.

There’s not a Depression in the world that can stop that love feast once it is enacted through trust in God. I’m confident of that.

“For the LORD will be your confidence And will keep your foot from being caught.” Prov. 3:26

That gives me hope, Patricia. We never walk alone.
How are you doing in these trying times? Is God providing? 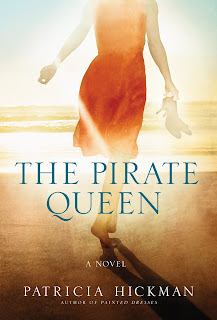