My guest today is my dear friend Marta Perry, who writes such great Amish stories, many with suspense. Her upcoming new release Home by Dark combines both. She is offering two copies of this book for two people who leave comments. Here’s Marta:

“Perhaps you know a woman like the one I’m thinking of…a woman who stays in the background, seldom drawing attention to herself, but performing quiet acts of love and grace toward others. I’m not going to mention her name, because she wouldn’t like that, but when I think of the Christian woman I want to be, I think of her.

Every church has one, I think. She’s the person who’s often found in the kitchen, doing the dishes after a church supper. She’s the one who knows all the children of the church by name. She takes the time to clip out newspaper articles about their triumphs, sending them to the child with a note of congratulations. She never lets a birthday go by without a greeting and never fails to recognize and celebrate the achievements of those she knows. But she is at her best in times of trouble. Those who are struggling with illness or grief are inevitably cheered by a simple note or card from her, often containing a passage of scripture or a small cross, and always the words, I’m praying for you.

We often celebrate, and rightly so, the public triumphs of women. The election of a woman to high office makes all of us proud. The achievement of a female scientist or astronaut gives young girls someone to emulate, and that’s as it should be. Still, I fear that sometimes we are in danger of ignoring the simple human gifts of kindness and generosity performed by the women like my friend. Not that she minds that, not at all. She wouldn’t want to be in the spotlight. But I wouldn’t want to be without the love she brings to my world. 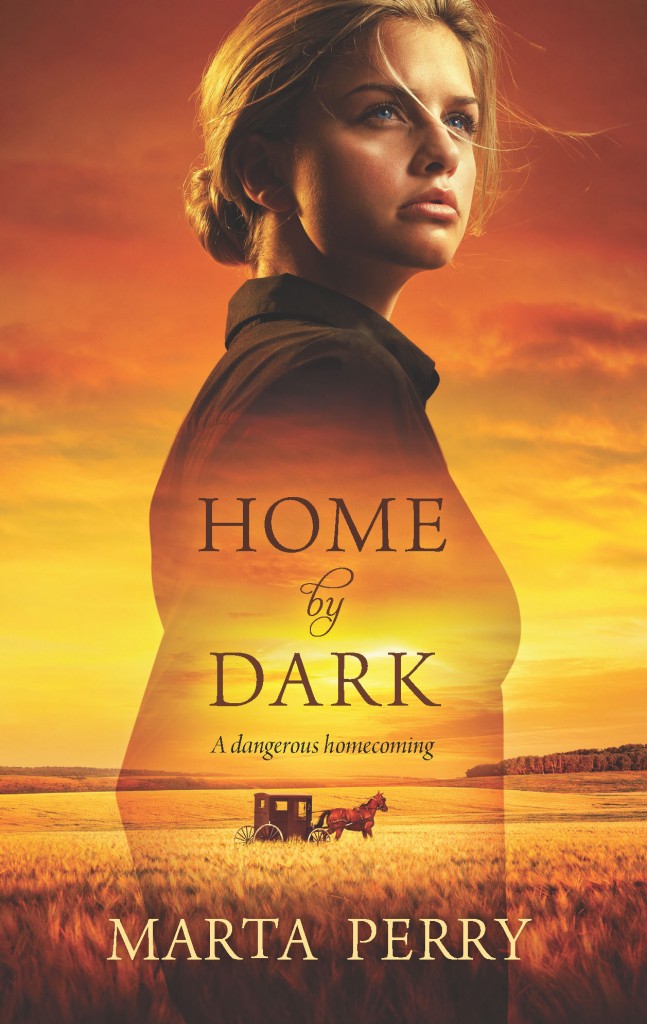 The protagonist of my latest book, Home By Dark, is a woman of quiet strength. Born Amish, Rachel has lived in the English world for a number of years before she comes home to the small village where she was raised, looking for a refuge for herself and her young daughter. But she finds that safety and security can’t be taken for granted no matter where she lives, and she must call upon her courage and strength to protect her younger brother, her child, and herself from a danger that threatens all of them.

Home By Dark will be available from HQN Books on December 18th, and I’ll be happy to send copies to two people who comment on this question:”–Marta

If you had a fabulous gift to give, who would you give it to? And what would the fabulous gift be? Marta, thanks for being my guest.–Lyn