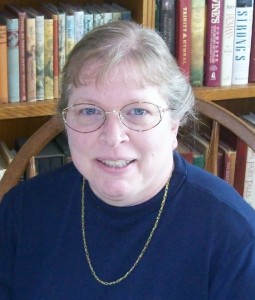 My guest today is a brand new Love Inspired author Jan Drexler who has begun her career with an historical Amish story set in the Depression. Sounds interesting? Does to me. She’s also offering two copies of her book so be sure to add a comment at the end. Here’s Jan who is sharing the story of her grandmother, what a woman:

Grandma was a fighter.

The oldest of five girls, Grandma was the one who bore the brunt of the farm chores in 1918 when both parents became ill with the Spanish Flu.

Grandma was the one who kept the girls working when their mother became so crippled with rheumatoid arthritis that getting out of bed in the morning was an agony.

Grandma was the one whose dream to marry her college sweetheart and work beside him as a missionary in Nigeria was shattered when he went away to seminary and the relationship cooled. 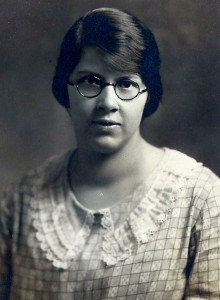 Grandma was the one who left college to marry a troubled young man who lost his mother at an early age and had grown up in a home for the orphan poor.

They set up housekeeping on a rented farm. The year was 1928. Their oldest son was born in May, 1929, and by fall of that year, the economic collapse leading to the Great Depression had begun.

But Grandma was a fighter.

That troubled young man loved the Lord, the church, and his family. Together they raised five children before his early death in 1951, leaving her with three young teenagers still at home.

She went back to college, earned her teaching certificate, and began supporting her family. She made a life for herself for twenty-five years – widowed, alone, and always finding ways to serve others.

And then one day she received a letter. It was her college sweetheart. He had married a wonderful woman, gone to Nigeria as a missionary, and had returned to make a life for himself and his family in California. But he was now a widower, and had learned she was also alone. Would she like to correspond?

Grandma was a fighter, but she also knew how to wait on the Lord, accepting the gifts He provided for her from His hand. She said yes, and romance blossomed once more. 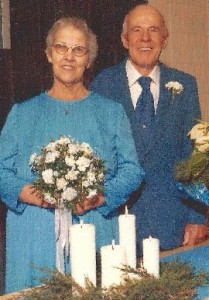 Grandma married her college sweetheart at age 74, in a small ceremony attended by their families. Her two sons – both ordained ministers – officiated. They lived in California for ten years before spending the rest of their lives in her home town of Goshen, Indiana.

Grandma was a fighter and a storyteller, and I grew up listening to her stories.

In The Prodigal Son Returns, I took a snippet from Grandma’s life, and it became the story of Ellie Miller. Ellie is a young woman, widowed at an early age. In the middle of the Great Depression and the Dust Bowl years, she fights impossible odds to achieve the dream her husband had for their children – a home of their own. A farm to last for generations.

And like Grandma, Ellie discovers romance where she least expects it – but does she trust God enough to reach out to take the gift He’s giving her?”–Jan 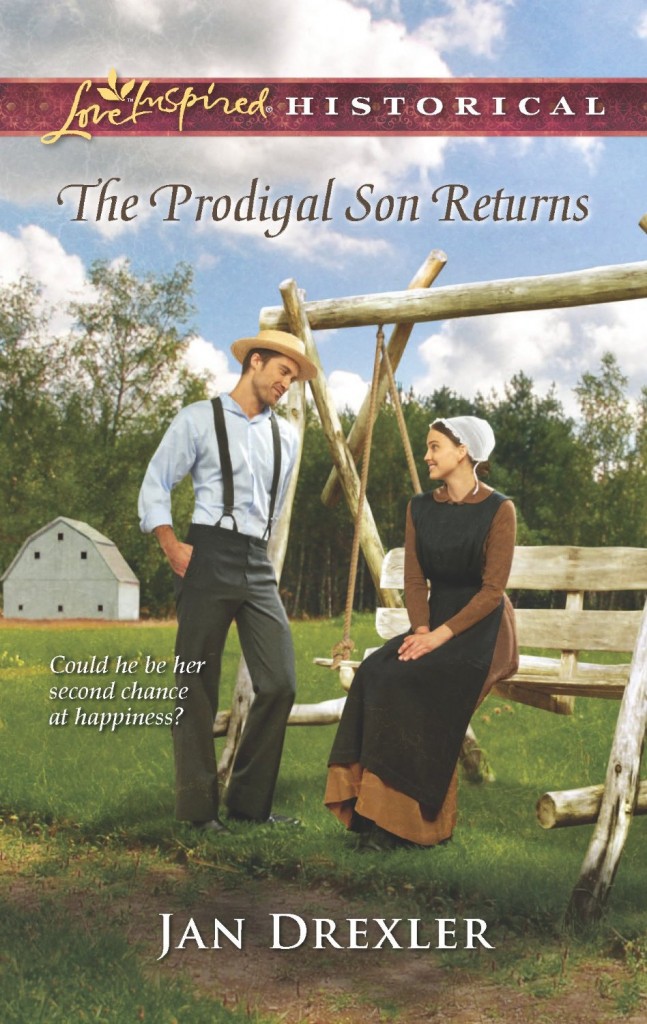 This is what I love about inviting authors to guest on my blog. I hear such great stories.

Question: Do you have any family stories about the Depression or WWI or the Spanish flu?

My great aunt Carrie died in that 1918 pandemic. Leave a comment to enter the drawing for one of the two books Jan is offering.”–Lyn