A Heart of Stone

The mystery? Why Cash’s only sister willed guardianship of her baby girl to her best friend instead of her only brother.

The mystery? Why Cash’s only sister willed guardianship of her baby girl to her best friend instead of her only brother.

Successful contractor, Cash Langley’s content to remain single, immersed in his business. When his baby sister Dena and her husband die in an auto accident, little Angie is left an orphan. At the reading of the will, Cash discovers that Angie’s guardian is Jane Everett, not him. How could his sister separate him from the little girl he loves? It must be a mistake—one he won’t stand for.

Loving, stylish Jane Everett grew up next door to the Langleys. When Dena was a child and Cash, a teen, their mother abandoned the family. Afterward Dena spent more and more time with the next door neighbors. The same age, Dena and Jane became best friends, almost sisters. The thought that Angie would become hers never entered Jane’s mind. But she loves little Angie too.

Both unwilling to take the matter to court, Cash and Jane face the situation. Jane owns a dress shop in a small tourist town in the north woods of Wisconsin. Cash owns a multi-million dollar construction company in Chicago. Hours apart, how can they share custody of a toddler?

Much to Jane’s dismay, Cash finds a way. It’s not that Jane doesn’t want to share Angie with her uncle. But Jane has been in love with Cash since her sweet sixteen birthday. Now having him almost daily in her life shakes her to her core. Unfortunately Cash still only sees Jane as his baby sister’s friend. He has a heart of stone.

In the midst of this, strange things begin happening at Jane’s dress shop. Who’s behind them? What’s the motive? Will it take a life-threatening event to bring Cash to his senses and solve the mystery of the odd happenings at her store? A story that will tug at your heart. Download today! 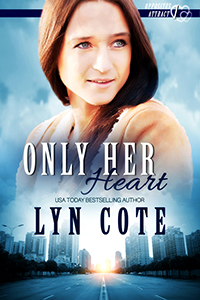 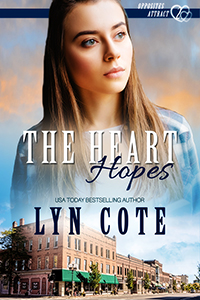 Two Hearts Denied
Look Inside
Disclosure of Material Connection: Some of the links in the page above are "affiliate links." This means if you click on the link and purchase the item, I will receive an affiliate commission. I am disclosing this in accordance with the Federal Trade Commission's 16 CFR, Part 255: "Guides Concerning the Use of Endorsements and Testimonials in Advertising."