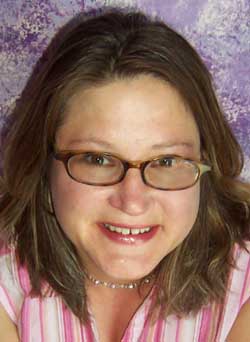 My guest today is author Sharon Dunn whose books I love! Today she shares about her daughter and her heroine and MONEY! (She’s also offering a book giveaway so leave a comment!) Here’s Sharon:

“As I look at the cost of sending my own daughter to college in the fall and watch the protestors on television who are faced with huge debt and no job prospects, I start to wonder if advising a young person to go to college is wise. The answer is yes, college is still a good idea. For me, it was a good place to mature emotionally as well as intellectually because independence happens gradually especially if you live the first few years in the dorms. However, the mindset of the student has to be in the right place. College is not the place where you live large. It is the place where you begin the habit of sound financial management and frugality.

I worked at a college for years and got to witness students who used their loan money to buy new pick-up trucks and dinners out at expensive eateries and extravagant spring break vacations. One woman even confessed to me that the amount of debt she incurred would have allowed her to purchase a home. Whether it is in the form of loans, grant, scholarships or help from relatives, the money is intended to be used on education.

When I went to college, my parents were not able to provide much financial support. I lived without a car, had multiple roommates to offset the cost of rent and eating out happened maybe once a month at the local fast food place. It was one of the happiest times of my life.

One of the biographical details of the heroine in my July release Zero Visibility is that she paid for college by working one year and going to school the next. As Merci Carson puts it, she is the world’s oldest undergraduate.  She decided to pay for college herself because if her wealthy father had picked up the bill, he would have assumed he could still control Merci’s life. Merci chose to truly live independently and was willing to make the sacrifices to do that. Being a strong woman isn’t just about making good choices about relationships, but also about finances.

Questions for BOOK DRAWING: Did you go to college or trade school? If so, how did you pay for it?  Or share your opinion about how college or a trade should be paid for.

Personally, I paid my way through college debt free by getting my beautician’s license. Best decision I ever made! Now you share.”–Lyn