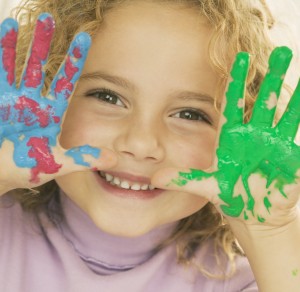 A few weeks ago on a writer’s loop, one person had an incident with an immersion blender and her finger and ended up in the ER. After she told her finger story,  it seemed EVERYBODY had finger story. And proceeded to share theirs. I had one but I didn’t share it. So here’s one of the finger stories that made me laugh out loud,  See what you think.

“My finger story is not really mine but a friend of mine’s from when we both had little children. Her just-walking son fell against an open cabinet and severed one of his fingers in the hinge side of the door. She picks up the boy and wraps his hand, yelling for her husband to come.

He comes. She says, “Find his finger. It’s in with the can goods.”

She kicks at him, trying to get him to wake up.  He doesn’t.

Meanwhile she’s holding the screaming child, getting a baggie full of ice, groping around in the cans until she finds the finger, and every time she passes him, she gives him a kick. Every time she kicks, she kicks a little harder.  She calls 911 because her unconscious husband can’t drive and she can’t drive with the boy in her arms.

It takes a while for the ambulance to come. She leaves the front door open and goes back to change her clothes and the boy’s since they are bloody and he was covered with breakfast to begin with. The child has calmed down. Miracle, right?

EMTs come in and find the husband sitting on the floor of the kitchen with his head between his knees. They are expecting someone with severed finger. Husband has all his fingers. They mistakenly decide to take this man in obvious distress straight to the hospital. The EMTs try to get the husband up.

My friend comes back, looking fresh with baby boy looking sad but not hysterical. She says, “Leave him, but get the finger. It’s in the fridge.”

The husband is halfway up and faints again.

They are still married.

The finger was reattached. It’s fine but doesn’t wiggle like the others.

Oh, and the husband came to the hospital later. He called his mom, and she drove him.”

Now I don’t know about you but when I related this story to my dh and daughter over supper that night–we HOWLED. I mean nobody wants a little boy to lose his finger but… you know what I mean. So do you have a finger story? Please share. I don’t know why but while at the time the stress level is high, afterward–finger stories are just fun!

PS-If we get some really good ones, maybe we’ll vote on the best and maybe there’ll be a prize!

BTW, Author Donita K Paul is the one who shared this story. Her latest romance is Taming the Wild Wind, an EBOOK. 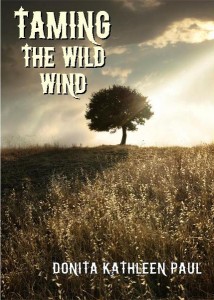 Blurb: Ida has always gone her own way like a gentle breeze, drifting through social barriers as if they weren’t even there. Like the breeze, her comings and goings are hard to keep track of, and her family assumes Ida’s activities are the same as the other society debutantes of Pittsburgh.

When she responds to the wilder wind of the Oklahoma prairie, she recognizes the untamed quality in her personality. She also comes to realize that even the wild wind has a Master. She submits to the hand of her Creator, her loving Heavenly Father, and allows Him to tame her willful nature.