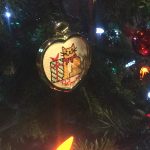 Adopted a pet from the shelter? I have done both. 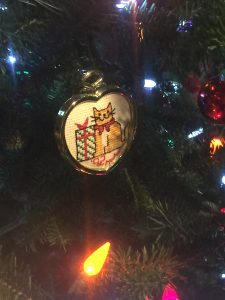 I told my mother once she must be on the lost animals list of good places to beg. She took in all kinds of strays. One year when I came home from college for Thanksgiving, I found that she had a little white lost poodle, five kittens that had been threatened with drowning, another cat that was threatened with being euthanized, and the coup de grace, my stepdad found a lost parakeet trying to eat birdseed in our backyard. That was just one time when our little house was full of strays. (Of course, my mother always kept a birdcage in the basement. Who doesn’t?)

PS: She put an ad in about the lost dog and the family came and picked it up. And an ad in the paper giving away the kittens and all five of them went to very happy children. She adopted the older cat and named him Smitty. He lived with her till he was 19. And the parakeet lasted until Smitty learned how to get the birdcage open, but on the bright side, the bird had an extra nine months of pampered living.

Now to my life as an easy-touch:

When I was just a young single, my mother dropped mature Professor off at my apartment. (I named him that because he was the smartest cat I’ve ever known!) He stayed with me for nine years before he passed away. Sheba also came to our door and lasted for several years. In Iowa, Shadow came to our door and within a month delivered five kittens. Shadow was the cat that grew up with my children and we still have very fond memories of the sweetest cat ever.

When we moved north, we found out that there are no strays in the woods because they are “delicacies” to many wild animals. So we were forced to go to the animal shelter and we chose Sadie and V-8. Then our daughter moved in with her cat Trixie, and then my mother-in-law passed away and we took in her cat Mutzie (Slovenian for Kitty).

Presently V-8 is here alone because the other three have been buried in our cat cemetery out back.V-8 is approximately 22 years old which is the equivalent of over 100 years in people years. So he is suffering from arthritis but it’s still one of the sweetest most laid-back cat I’ve ever had. We are waiting till he passes before we go to the shelter to get another two cats.

I am not happy without without a cat or two in the house. I do like dogs but our neighbors are very close and we have no sidewalks since we live in the woods and we have a lot of ice and snow in the winter so I don’t want to have to walk a dog. But I love it when dogs visit. So how do you get your pets? Have you ever taken in one who really needed a home? I’d love to hear your stories because each unexpected animal is so special.

PS: I cross-stitched the cat ormament for my daughter long ago.–Lyn