I’m beginning to write my next romantic suspense in my Northern Shore Intrigue series. My heroine is an early fifty-something widowed grandmother. That’s why I asked my question in the subject line. Here’s the first page of the book. Does it grab your interest? Do you mind that Lois is not in her twenties?

Chapter One of the First Draft of Uncertain Spring

Driving north late at night, Lois blinked to keep herself awake. Just a few more miles. I shouldn’t have been surprised by the snow. But she’d never come to the shore of Lake Superior in March, early March at that. The familiar ache clutched her heart. Florida had been…different, odd-feeling this year. All her usual activities, even golf, had palled. Evie’s twelve year old voice played in her mind, “Grandma, I wish you were here.” That phone call had instantly made everything clear—at last.

A sudden blast of wind and snow caught her car and her attention. She slowed and kept her focus on the yellow line in her headlights. The wind batted her car as if it were a rowboat in a storm, not a Lexus SUV. She drew a deep breath as she glimpsed landmarks that said her lake home waited just ahead. She turned down the long lane to her house, her headlights illuminating the triple garage doors ahead. She sighed and slowed, aiming her door remote. The door rose.

Something leaped up against her window. She shrieked in shock. Slammed on the brakes.

Outside her window, a dog barked with something like panic in his tone. The large black lab braced his front paws against the edge below the window, and continued barking. She noted the panic and the frenzy in his tone. Something clicked in her memory. Her own childhood dog had barked just like this, summoning when her little sister had fallen out of the tree and had been knocked unconscious.

Lois turned off the car and cautiously opened the door. “Hey, fella, what’s up?” she said, automatically slipping into her speak-to-dog voice that she hadn’t used in years.

The dog sprang away and then halted. And then looked back and with his body beckoned her to follow.

So what do you think? Does a grandmother deserve a second chance at love? If you leave a comment, I’ll enter you into a drawing for the ebook, Precarious Summer where Lois first appears as my heroine’s mother. Thanks for the feedback!—Lyn Cote 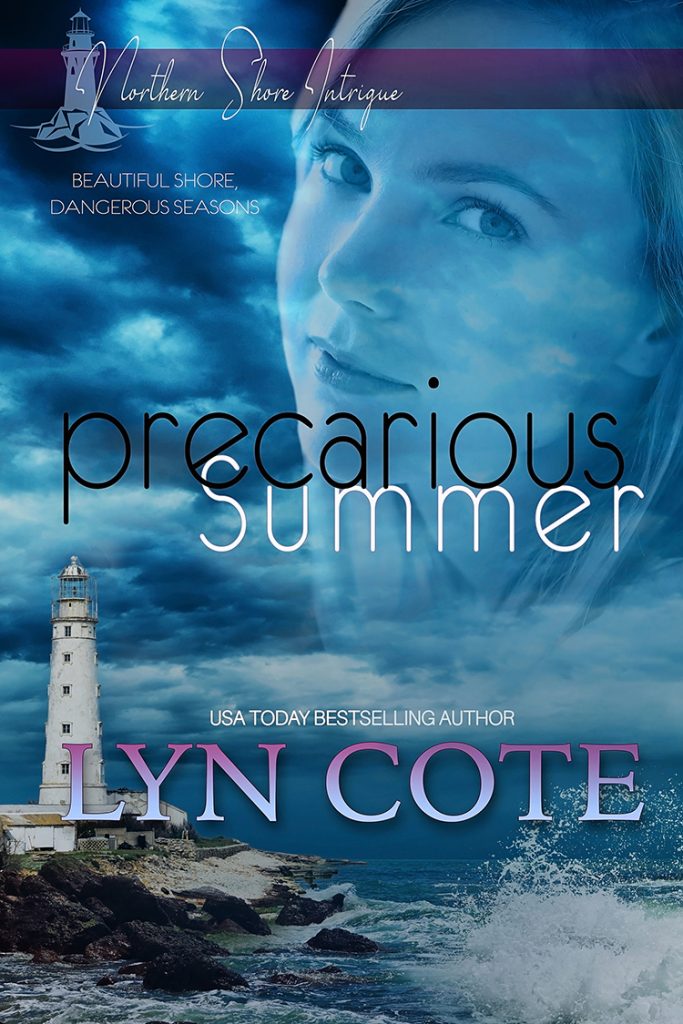