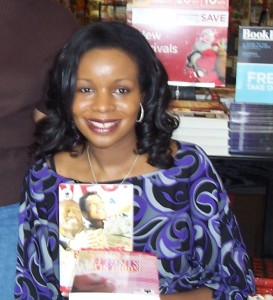 My guest today is Author Shana Burton who has just released Catt Chasin. Please give her a warm welcome. Here’s Shana:

Few things can spark a conversation like asking a group of men to give their definition of a strong woman and to explain the difference between a woman having strength and being emasculating.  The answers ranged from cynical (“Is there a difference?”) to brutally honest (“Some men are intimated by strong women who are independent, opinionated, and focused.  Those who are usually date white or Asian chicks.”).  However, the consensus from all the men seems to be that a strong woman is someone who compliments the man’s role rather than trying to dominate it.  The real strength, it seems, lies in being able to balance her role as wife and mother while still being independent of a man.

When I think of strong women, women in my family and close friends immediately come to mind, but one could argue that the epitome of a strong woman can be found in Proverbs, where Solomon describes “The Wife of Noble Character,” also known as the Proverbial Woman.  She is a woman who many endeavor to be but few can actually achieve.

According to the text, the Proverbial Woman is nothing short of Super Woman.  Her husband is confident in her.  She brings him good, not harm all of the days of her life.  She’s a hard worker and has her own business.  She wakes up early to cook for her family while acquiring land, sewing her own clothes and feeding the poor.  She’s clothed in strength, dignity, and wisdom.  Her children call her blessed, and her husband adores her.  (Solomon forgot to add that she also gives ordinary women a complex.)  Simply put, she is strength personified, but is she the person that women should strive to be?

Feeding the poor and waking up at dawn to make breakfast are noble indeed, but where are this woman’s flaws? Doesn’t she ever get tired her husband? Is she never too exhausted from work to cook dinner? Do her kids ever “work” her nerves like mine do?  Yes, she epitomizes strength and character, but the one thing she is lacking is humanity.

In my latest novel, Catt Chasin’, my goal was to create a Proverbial Woman for the modern age with my heroine Catt Cason.  Like the Proverbial Woman, Catt works hard, she’s smart and savvy, she takes care of her family, and she’s sensitive to the needs of others, but unlike the Proverbial Woman, Catt has her share of flaws.  She struggles with her weight.  She both attracts and drives men away.  She’s emotional.  She’s been hurt by the people who claim to love her.  She’s slept with men she’d rather forget and has done things she’s not proud of.  Like most women, Catt’s strength is not how many balls she can juggle at one time, but how many times she can pick herself up after falling down, how well she can maintain grace under pressure, how she keeps her dignity in a world filled with degradation, and how she shows courage when the odds are stacked against her.  She’s a strong woman, but she’s also human, which not only makes her virtuous but also makes her phenomenal. Just like you and me.

Ironically, no man I questioned really expected any woman to be the Virtuous Woman Solomon describes.  Ultimately, they view strength the same way most women do: someone who supports, who gives and loves unconditionally, knows when to step in and when to fall back.  I have to wonder if even Solomon knew no woman could live up to his ideal and still be sane at the end of the day.  After all, he had 700 wives and 300 concubines and no mention of a Proverbial Woman in the whole bunch.”–Shana 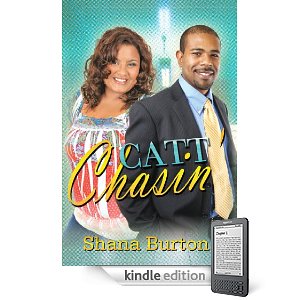 Thanks, Shana, for that interesting post. I’ve always wondered why there wasn’t a Virtuous Man description in the Bible. But maybe Christ is the example for men. Also I’m always interested in the fact that heroines in African-American inspirational romance can sin sexually and repent but that is taboo in white inspirational romance. Though my next heroine is a former prostitute, but that’s a historical. I can get away with more–if it’s in the past. 🙂

So ladies, what do you think of Shana’s thoughts on the virtuous women? Know one? :-)–Lyn

Lyn Cote welcomes other authors to her "Strong Women, Brave Stories" blog to share stories of women who triumph over the challenges common to all women.
View all posts by Lyn Cote →
This entry was posted in Uncategorized and tagged African-American author. Bookmark the permalink.