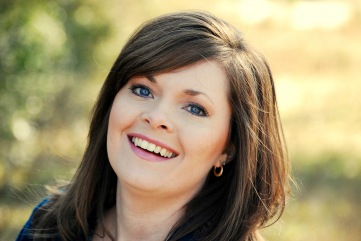 My guest today is Author Sherri Wilson Johnson and she has a story to tell about her mother and her unexpected cause of death.  Here’s Sherri:

“Celebrating Life Instead of Grieving it

My mother, Doris, was my friend. First she was my mother and my disciplinarian, who had her hands full with this hyperactive, talkative second-born child. She was my Sunday School teacher, second mom to my friends (who called her Mother Wilson), and eventually my best friend. She made life fun. She decorated the house for every occasion, laughed a lot, and could tell the funniest jokes. She thought her sons-in-law were the cat’s meow, loved her two granddaughters and wanted many more. She was a Southern Baptist preacher’s wife who knew her Bible and never stopped giving even when she had little left in her to give. 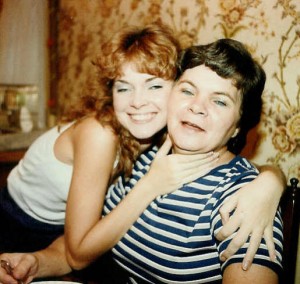 The weekend of Mother’s Day 1993, my mother fell mysteriously ill. She had been plagued with health problems for most of her fifty-five years, but this was something much worse. She was one of the most faithful people in my life, giving me advice and, more often than not, just listening to me rattle on and on for hours. To see her struggling to make it through each day was very difficult.

Now that we were faced with this new leg of her journey, we did not know what to expect. My father didn’t think we had anything crucial to worry about—or maybe he himself was worried and didn’t want to scare us. The doctors were sure that her illness was not fatal, so we were all hopeful. However, I saw her go through a physical, mental and emotional deterioration in just a few months. When she passed away in August, it was determined that she died of a heart attack brought on by Sleep Apnea and we were told by the doctors that they had never lost an adult to the ailment. If only they had known the seizures and other symptoms she was having were from Sleep Apnea, then maybe something could have been done to save her.

On that last day with her, I had a very intimate conversation with her. She knew my husband and I were trying to have our second child. As I was leaving her house, she encouraged me to go home and make a baby—a brown-eyed grandson, to be exact. (We have mostly blue-eyed people in my family and one of the first things my mom had noticed about my husband when we started dating was his brown eyes.) I told her I’d do the best I could, in jest, and went home. At 5:00 a.m., I received a call that she had been taken to the hospital and it didn’t look good. So we rushed there only to find out that she could not be saved.

Two weeks later, I found out I was pregnant. It was like a precious gift from God! About five months later, I found out I was having a son. What a surprise! Now, if I could only manage the brown-eyed part, all would be complete. I searched the Bible to find just the right name to name our soon-to-be-born son. In Genesis, I found the verses that told how Adam and Eve named their son Seth because he was the replacement for Abel after Cain killed him. My husband and I knew then that Seth was the name.

In May of 1994, exactly one year from when my mom got sick, Seth was born. What a wonderful gift from the Lord and proof that He provides us with a little rainbow after the storm. Joy always comes in the morning. Oh, and the added bonus: he has brown eyes! I know my mom would be madly in love with her grandson and ever so proud of her two granddaughters if she were still alive. One day, I’ll be able to tell her that I was fully paid back for my raising when God brought a second-born son into my life. It truly has been an adventure!”–Sherri

Thanks for sharing your story, Sherri. It’s frightening that sleep apnea, undiagnosed, caused your mother’s untimely death. And so happy you received your consolation, a brown-eyed son!–Lyn

Question: Have any of you lost someone to an undiagnosed disease? Let’s share so that we can be aware of these silent killers.

To read more about Sherri and her books, drop by http://sherriwilsonjohnson.com/