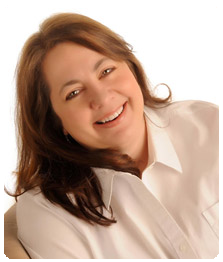 Author Sandra Byrd tells us the story of a fearless woman, fearless for the truth, the freedom to speak the truth and for God. Here’s Sandra: 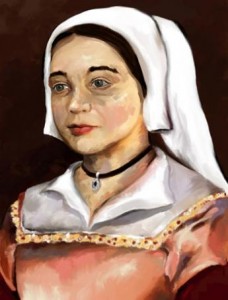 A hot day in July, 1546, was about to get hotter for Anne Askew, tied to a bundle of sticks.  Her jailers had secured the wood to her mid-section because she’d been tortured to the point where she could not hold herself upright any longer.   Anne was the married mother of two young children, twenty-five years old and about to be burnt to death for her faith.

Anne had been born to an up-and-coming gentry family in Lincolnshire and at the age of fifteen she’d been forced to marry her dead sister’s fiancé, a not unusual arrangement.   The Dictionary of National Biography says that she left her family to go “gospelling”,  the sixteenth century word most often used for preaching scripture.   This, of course, was unusual in a time when by law women were not only under the constant legal authority of their husbands, but were also forbidden from reading the Bible aloud to any but their close friends, in private.

Reformist Anne was caught in the middle of the maelstrom that was religion in the Tudor Court.  Religious traditionalists wanted a return to the Roman Catholic faith which had been foundational in England for more than a thousand years.  Reformers wanted change in the church, or perhaps to establish a new church altogether.  Henry, sick, seemed to lean more and more upon his sixth wife Queen Kateryn Parr, a strong reformer, and the heroine in my latest novel, The Secret Keeper: A Novel of Kateryn Parr. Parr hoped to continue to influence her stepson, Edward, after her husband’s death, but religious conservatives wanted Edward under their control.  By implicating Parr through her friend Askew’s heresy, they hoped to bring down the queen, too. But Ann was not a fair weather friend to the queen.

Anne was brought before the infamous rack in the Tower of London and asked to name other highborn women in the queen’s household who believed as she did, the implication being that the Queen should be named, too.  When she refused she was stripped of her clothing down to her shift and racked – a means of torture in which ankles and wrists are strapped to a pulley which stretches until all joints are dislocated.  Afterward, Askew was brought to the stake in a chair.

After the fire was lit, Anne continued to correct the bible teaching of Bishop Nicolas Shaxton, so recently a friend and fellow reformer till he recanted when faced with torture and death.  As the flames grew higher, she’d speak out, correcting Shaxton on his scripture. “Yes, he’s got that right,” she’d boldly call out on a passage, or, “No, there he misseth and speaks without the book.”

John Foxe, author of Foxe’s Book of Martyrs, tells us that someone provided gunpowder to be added to the stakes below Askew to speed her death and more quickly ease her pain.  Many believe that the same strong women at court that she protected – the Queen and her highborn ladies in waiting – supplied that gun powder to speed the bold and courageous Askew heavenward on her “chariot of fire.”–Sandra

Wow, stories like this amaze me. First that Christians used to kill other Christians and wondering how a woman stood up to those who wished to oppress her. Humbles me. How about you?–Lyn