My guest today is British Mystery author Veronica Heley. She shares about her experiences as a child in England during WWII. Here’s Veronica and THE TRUTH CAN HURT:

I was six when the war started. My three younger sisters and I were sent away and didn’t return home until the bombing stopped. Our mother divided her time between looking after us in the country, and looking after our father back home. He was not strong, but he worked in his office in the daytime and as a fire watcher at night. We hardly ever saw him.

Well, that is not an unusual story. (Lyn adds–“at the time”)

Peace time but not better

We adapted to peacetime, starting new schools, making new friends, but he remained a distant figure in our lives. Too busy, too stressed . . . not well. We children were often farmed out to stay with  friends. It never occurred to me to ask why. It was the era of ‘Ask me no questions and I’ll tell you no lies’.

And, ‘Don’t make a noise. Don’t disturb your father.’

A holiday in London,

staying in a hotel – what a treat! Oh, Daddy was seeing a doctor? We waited in the hotel room for a phone call from the hospital, and when it  came, my mother burst into tears.

I was thirteen. Her reaction didn’t make sense. ‘Then why are you crying?’

In fact, she’d been told they’d found an inoperable cancer, but she had decided that we were not to know. Was she right? Should she, perhaps, have risked telling the older children, and kept the younger ones in ignorance?

Back at home, I gradually came to realise that our father was dying, though it was never discussed.

Eighteen months after the operation, he died. The day of the funeral we went off to school as usual. There was no weeping, except in private.

It takes a strong woman to keep secrets in a family. Did our mother keep silence for her sake, or for ours? 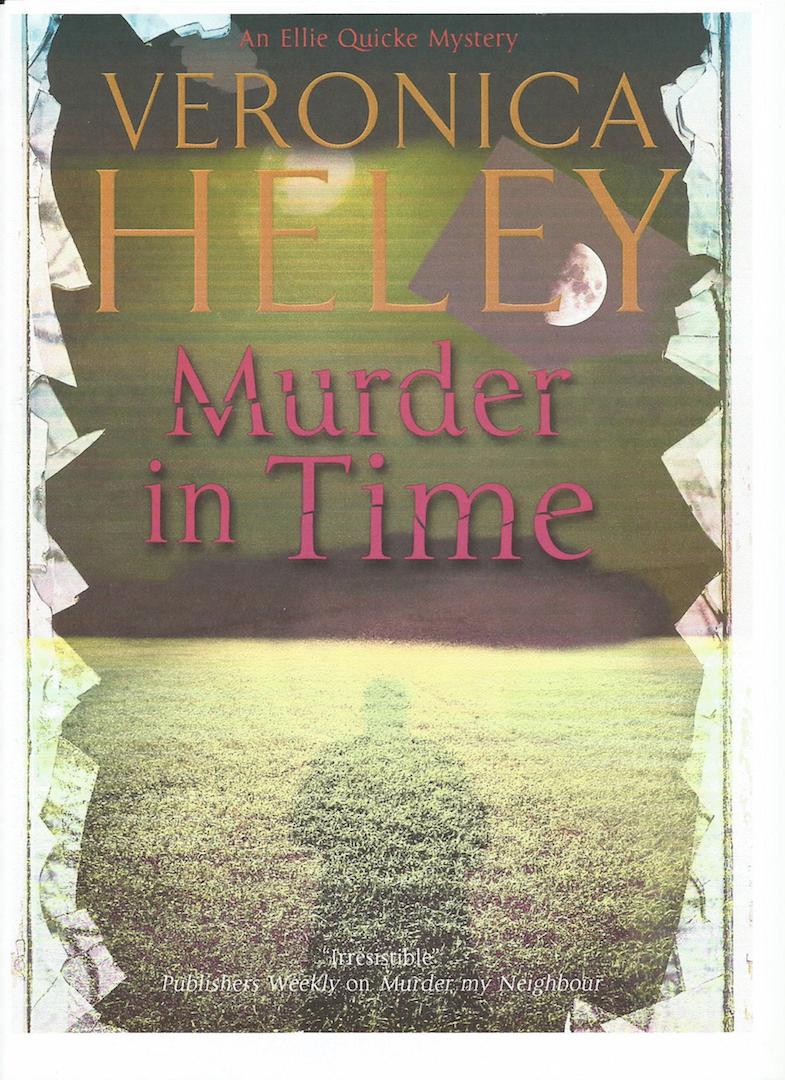 Ellie Quicke is another strong woman, and she can keep quiet when she thinks it best to do so. Sometimes she learns a secret or two, when she’s talking to friends and neighbours about their various problems. She has this dilemma in Murder in Time. Her young housekeeper Vera tells Ellie the secret of her son’s conception, but doesn’t want it publicly known. Now that’s a difficult one because Ellie has to decide if it is right to keep quiet about a rape, or risk it becoming public knowledge. Vera doesn’t want anyone to know about it – is she right to make that decision, or not?

Ellie finds her own way out of this dilemma by choosing to discover what really happened on the night of the rape, and by questioning those involved – who are  also anxious that the truth should not come out.

Sometimes it seems right that some people should be told the truth, and others left in happy ignorance . . . but perhaps that’s something to be decided from case to case.

Veronica, you bring up some really good situations and questions about when to reveal the truth or not. It’s never an easy question. I know that when my dh and I were having some marital problems during our childrend’s younger years, I took pains not to let on. I think that was right at that time. If our marriage had ended that would have been enough time to discuss why and what would be happening. Thanks for sharing your story.

QUESTION: SHOULD WE ALWAYS TELL THE TRUTH AND NOTHING BUT THE TRUTH? WHY OR WHY NOT?–Lyn

Murder in Time   (Publishers Weekly:  Heley’s prose is sure, her characters well-drawn, and though her tone is light, the plot is satisfyingly dark and sinister.)