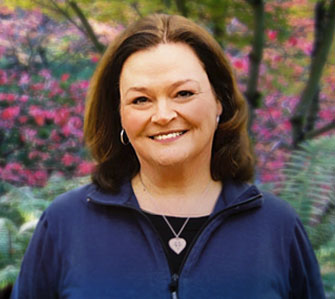 My guest today is Author Cathy Gohlke and she shares her knowledge of human trafficking or modern slavery. And she’s offering to give away a copy of her latest book that deals with this in its historical perspective. There has never been a dearth of people willing to use others. Here’s Cathy:

“I was born in a house that my great aunt believed was used as a hiding place for slaves escaping along the Underground Railroad before the Civil War.  I grew up in the South, during turbulent years of the Civil Rights movement.  I remember the day Martin Luther King, Jr. marched on Washington, and the day he was assassinated.  Through all of that I thought that “slavery” was history, a thing of the past—until I learned that today there are far more people enslaved than there were at the height of the trans-Atlantic slave trade.

Women and children—even very young children—are prime targets. I read recently that the average span of monetary value to their “owner”—before disease or death sets in—is just over three years.  What happens to the child or woman after that does not concern predators. Human beings are considered cheap, and expendable.  Human trafficking is heart wrenching, heart breaking in the extreme.

It ranks second only to drug trafficking as the world’s most lucrative crime.  And it is everywhere—across the world and across the street in our United States.

Numerous organizations have joined forces to fight this travesty.  We—mothers, daughters, sisters, friends, the church—can join with them, partner with them, learn from them, and raise a clamor that must be heard—a symphony demanding change.

Please visit http://authorcathygohlke.com/resources/ to find a list of organizations that are already active and books and films that help raise awareness.  If you know of more, please share them so they may be added to this list.  While none of us can do everything, we can each to something to help.

The sanctity of life is a truth we all hold dear, and that Maureen O’Reilly, the heroine in Band of Sisters, embraced and fought for.

Maureen and her sister escape Ireland and flee to the U.S. in hopes of a better life.  Beginning at Ellis Island, Maureen finds herself caught in a tangled web of deceit and desperation, and learns that predators are all too eager to make her and other vulnerable women dependent on them.  But when Maureen bands with others—women determined to follow in Jesus’ steps and make a difference, and men willing to help—she discovers that there is hope beyond human slavery.

Key to Maureen’s journey is the discovery that God truly loves and forgives her, and that He counts each life precious—so precious that He sent His Son to redeem it.  But it takes the hands and feet of Christ in the world—women and men who believe—to show her the way.”–Cathy

I am shocked by the callousness of many human beings. But so glad that there are people trying to help the victims of this modern slavery. To enter the drawing, leave a comment.

Question: Why do you think most Americans don’t know about this problem?–Lyn
PS-Last week’s winners Terri Reed’s two books:
Jes Swak and Debra Marvin
And the winner of Virginia Smith’s Amish book is Julie Wells. Congrats!